The team of Gujarat lost their last match to Royal Challengers, while Rajasthan will go to play the qualifiers after defeating Chennai. After reaching the playoffs, Gujarat Titans captain Hardik Pandya won the toss and elected to bat in a few matches to try his hand at preparation. However, the team could not win those matches.

Rajasthan Royals is looking for a strong team for the first time after season one. They have surprised all the opposing teams with his game. Their strategy of sending R Ashwin to bat the first down was constantly questioned. However, the management stood by its decision. As a result, Ashwin gave his team victory by scoring an unbeaten 40 off 23 balls against Chennai Super Kings.

The Top 4 predictions for the match are as follows.

GT vs RR: Where to Watch Live Coverage?

Live streaming of all matches is available on Disney+ Hotstar. 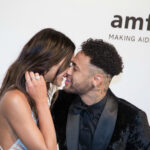