Indian Premier League is a popular cricket tournament rolling out with the 15th edition of the league. The matches for the league will be steaming on official broadcasting partners.

The tournament started with the matches where it is going to be a Round Robin format with Group systems and playoffs.

There are going to be 10 teams taking part in the league where the current champions of the league are Chennai Super Kings.

Check out more details about the Indian Premier League 2023 updated points table and other information here on this page.

Indian Premier League is all set to roll out with the matches for the season. The tournament will be kicking off with the event this season.

Gujarat Titans are in the top position of the points table where they played 12 matches in total and are the winners for 09 fixtures.

Check out the updated points table for the IPL 2023 here on this page. 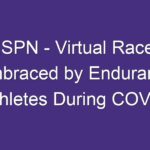 ICC implemented a new rule in T20I format, bowlers making the mistake will have to pay this penalty