There are going to be 10 teams taking part in the league this season. Check out more details about the IPL 2022 Auction date, time, players list for the teams Lucknow and Ahmedabad, and the rules.

The dates for the event are out now and the matches for IPL 2022 Auction are starting soon. The auction dates for the Indian Premier League 2022 are February 12, and February 13.

The event will be taking place in Bengaluru on two events.

The timing details and the venue for the league will be out soon. We will soon be updating you with the details about the IPL 2022 time and other information here on this page.

Till then make sure to stay glued up to the page.

Lucknow is a newly added franchise that is all set to take part in the league for the new season. The player’s list and other details for the team are out now. The fixtures are all set to roll out with the matches in the league.

It is going to be a new team where they are having the ownership rights and have a total of Rs. 7090 crores of biding amount.

The entire current squads are yet to be out for the team. The players who are going to be a part of the team are listed here however, the rest of the teams will be declared in the auction.

The other players on the team are Hardik Pandya who has been bagged for Rs.15 crores. Rashid Khan is also bagged for Rs. 15 crore.

Another player that will be a part of the team is Shubham Gill for Rs. 7 crore.

There are no such rules listed by the organizers of the game. However, there are going to be a maximum of four players that will be retained and each team will be giving up their three players before the auction. 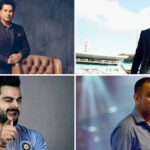