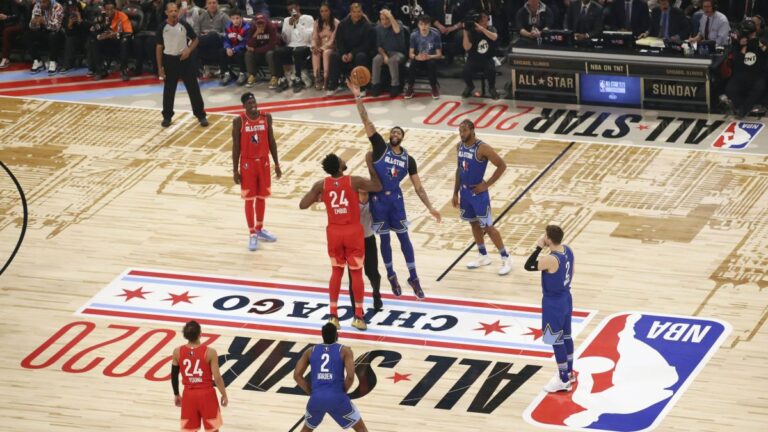 We’ve reached (roughly) the middle of the 2021-22 NBA season, and that means the All-Star debates are about to start heating up.

Ahead of this year’s All-Star Game festivities, to be held at the Rocket Mortgage FieldHouse in Cleveland, the league has begun the voting process for basketball fans around the world. Which players will emerge as the top vote winners at each conference? Who could get the snub treatment this year?

You can check out the latest results below before the 2022 All-Star break.

How does the NBA All-Star voting process work?

The fan vote represents 50 percent of the total vote to determine the starters of the NBA All-Star Game. Current players and members of the media split the other 50 percent. Each ballot consists of two guards and three players from the frontcourt of each conference. The reserves are chosen by the NBA’s head coaches, and league commissioner Adam Silver chooses injury replacements if necessary.

The All-Star Captains will select their teams from the pool of eligible players (first round starters, second round reserves). Captains will be selected based on the players who garnered the most fan votes at each conference. They are not required to draft based on your membership or conference position.

How do you vote for the starters of the NBA All-Star Game 2022?

Fans can vote for their favorite players through the NBA app and the NBA.com voting page. They can also vote on Twitter by tweeting, retweeting, or replying with a player’s first and last name hashtag (#FirstNameLastName) or Twitter identifier, along with the #NBAAllStar hashtag.

For more details, check out this breakdown by Kyle Irving of The Sporting News.

Fan voting for the NBA 2022 All-Star Game ends on Saturday, January 22, and the starting pool will be announced five days later, on Thursday, January 27.