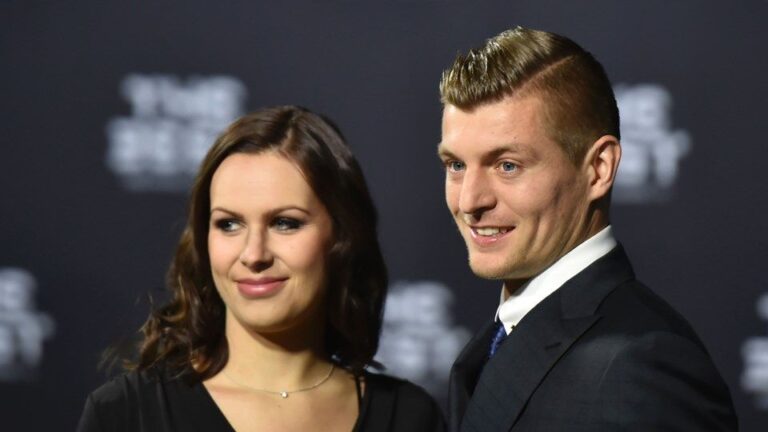 Real Madrid star Toni Kroos is one blessed guy. On one hand where his career is soaring high, on the personal front, he has the love and support of his wife and college sweetheart, Jessica Kroos, who has been with him throughout his arduous journey to the top.

Head over heels in love with each other, the love birds have been married for three years after being in a relationship for years. Know about their love story, secret wedding, kids and much more.

The two first met during their school days. Toni was finding it tough to cope up with academics due to his football practice and this is when Jessica came into the picture to help him in his studies as much as she could. Though they were not dating, they were inseparable even then.

In 2008, the German footballer started dating Jessica during their college days. After his selection in Real Madrid, Toni”s career took flight and the world was at his feet.
Post his success, the dashing midfielder had many choices as far as girls are concerned, but he didn”t waver from his commitment and remained loyal to Jessica.

Toni secretly tied the knot with Jessica in June 2015. The couple has two kids – a five-year-old son Leon and a two-year-old daughter Amelia.

Jessica, on the other hand, isn”t anything like a regular footballer”s WAG. She is an introvert who keeps away from the media glare. She hardly gives any interview but regularly attends club”s gala functions and matches.