Manchester United’s fate lies hanging as the ‘Red Devils’ are still in search for their former glory days in the Premier League. With heavy link ups of top players at the club with other European interests, the assumed rebuilding of the team is underway with former player and current boss Ole Solskjaer trying to pull the right strings.

While dark clouds cover the sky over Old Trafford for the time being, a certain star of the club has been settling on the family front quite secretively.

Paul Pogba, who is heavily linked with a move to Spain this summer, might have tied the knot with his girlfriend Maria Zulay Salaues. That’s right, in a recent hint on social media, the model partner of the French footballer changed the second name on her Instagram account to ‘Pogba’. She now goes by the name ‘Zulay Pogba’.

The Bolivian beauty was first spotted with Paul back in 2017 in Los Angeles. She had sparked speculations of being engaged to Paul when she was seen wearing a huge ring while she cheering for the French team alongside Paul’s mother, Yeo, at the World Cup in Russia.

Even as recent as last week, Pogba was seen donning a ring at the Manchester United Player of the season awards.
Pogba is known to be very open about his life both on and off the pitch on his social media but somehow refrains from talking about his relationships. On the other end, Maria is also very secretive about the couple’s life.

A week ago, Zulay uploaded a picture of her with Paul with the caption, “Till the end”.

The couple has one child together, news of which was only known after United legend Bryan Robson gave it out.

While the couple might just be on their way to Spain amidst transfer rumours for the footballer, the evidence strongly suggests that the ‘Mr. & Mrs. Pogba’ tag is true. What do you think?

A: They started dating in the summer of 2017, but confirmed it a year later, as Maria Zulay was spotted supporting her boyfriend in the World Cup in 2018. The couple was reported to be engaged, as the blonde beauty was wearing a huge diamond ring on her left hand and the fans quickly assumed that Pogba and Maria were about to tie the knot.

A: Paul Pogba and Maria Zulay are now happy parents of two lovely children. On January 3, 2019, Zulay gave birth to Paul Pogba’s first son, Labile Shakur In 2023, the couple welcomed their second son, but they still haven’t revealed his name.

Q: Who is Maria Zulay salaues?

A: Paul Pogba wife – Maria Zulay Salaues. Paul Pogba is undoubtedly one of the most recognizable football players of our time. With his technical abilities and passing accuracy he is the perfect midfielder, but the Frenchman who won the World Cup in 2018 is also famous for his extraordinary hairstyles. Despite his professional career is something …

Q: What is Maria Pogba’s religion?

A: Maria Zulay Salaues’ religion is considered to be muslim as Pogba’s, but there is still no official confirmation. Maria Pogba studied Business Administration at the University of Bolivia, but she didn’t finish her education as she preferred to focus on her job as a real estate agent. 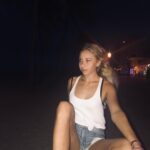 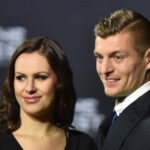 Everton Will Be Taking It Over The Crystal Palace In Premier League 2023!