Greg Chaipal and MS Dhoni, both are the best players of their time, now Greg Chaipal praises Dhoni, as we know he is known as captain cool.

MS Dhoni, the former captain of the Indian cricket team, is known as the most clever captain in the cricket world.

Dhoni is considered one of the successful captains of the Indian cricket team.

MS Dhoni took over the command of the Indian team for years, where he achieved unprecedented success.

Greg Chappell has termed Mahendra Singh Dhoni as the fastest-minded captain in his life.

“There are many cities in the Indian subcontinent where coaching facilities are negligible and youngsters play in the streets or open fields without any formal coaching. It was in these places that many of his current star players learned the skills of cricket.

MS Dhoni is known as the smartest captain. MS Dhoni took over the command of the Indian team for years.

Where I have achieved unprecedented success. Dhoni proved to be the most successful captain of Indian cricket

“One of them was Dhoni who hails from Ranchi, a city in Jharkhand. MS Dhoni, with whom I worked in India, is a good example of a batsman who developed his talent from him and learned to play in the same manner. 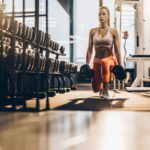 Kolkata Knight Riders To Pull It Over Lucknow Super Giants In The 66th Match Of IPL 2022!