The Big Bash League is an Australian professional franchise Twenty20 cricket league. Which was established in 2011 by Cricket Australia. The Big Bash League replaced the previous competition the KFC Twenty20 Big Bash and features eight city-based franchises instead of the six state teams which had previously participated. Check Below Big Bash League Winners Name, Runner-ups List, Results of all Seasons.

The League has some of the famous and well-known teams which participate every year and give their best performance, also there are new upcoming teams that are participating and giving their best and each team has some strong players in the team who give their best. So now let us check out the complete details of Big Bash League Winners, Runner-Ups, And Results from List, Most Popular Team Of This Tournaments.

Most Popular Team Of This Tournaments

Sydney Sixers are an Australian professional franchise men’s cricket team, which is competing in the Australian domestic Twenty20 cricket competition they are known as one of the most popular and famous teams who has won the Big Bash League title for three years they are one of the strongest team with strong some strong players in it and they always give their best in the group.

The other team rather than Perth Scorchers is the most equal-most successful team in the BBL history they have also won three consecutive titles the team beginning was not much good but later on as the Captain was changed the team was getting better and they won back to back league title. 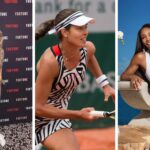