UP Yoddha is a pro kabaddi team based in Greater Noida, the team featured in the fifth season and has since been a part of all leagues ever since and they play their home games at Shaheed Vijay Singh Pathik Sports Complex. The team made the playoffs in the 2017 season. So check out UP YODDHA Players 2023.

UP Yodha is one of the most successful teams owned by the GMR Group, they have played a total of 71 matches in the Pro Kabaddi league in which they have won 31 matches. As we know, Kabaddi is a game that requires a lot of physical strength, your team has the strongest player. So now let’s take a look at the full details about Pro Kabaddi 2023: UP YODDHA Players List, Captain, Owner, Coach, Squad, Team Jersey Details.

At the Raider position, Shrikant Jadhav scored 148 points from Raiders and the best defender was Sumit with 77 tackle points. The team has some of the best players who really played well last year. The next player list for 2023 is as follows;

The UP Yoddha team is owned by the GMR Group which was introduced in the fifth season and the team captain is Rishank Devadiga and the team coach is Udaya Singh. The team has been one of the strongest and best players among all the teams, the schedule for the eighth season is also available, you can check below in the details provided. 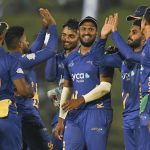 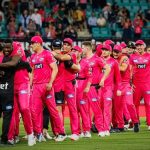 PKL 2023 Where to watch in Regional Languages