Road Safety World Series is a popular T20 cricket series that is distributed under the management of The Road Safety Cell of Maharashtra. It is a Twenty20 cricket format of matches that will be launched from February 5, 2022 and will run until March 19, 2022. It will take place in India and the United Arab Emirates. Where the type of tournament is round-robin and knock-out. Check out the TV channel list for the 2022 World Road Safety Series.

India will host the match where there are 7 participating teams and 19 matches in total. The current defending champions of the league are legends of India and the runners-up are legends of Sri Lanka.

The broadcast of the matches will take place in India. The league’s broadcast rights are the official broadcast partners of the league.

See more details about the 2021-22 Road Safety Series broadcast on TV screens for 2022.

League games will be broadcast through the league’s official broadcast partners. The league’s live coverage rights are with the Colors network in India.

League games will be broadcast live on Colors Cineplex and Rishtey Cineplex. They have the official broadcast rights of the league where they will broadcast live The Road Safety Series 2022 matches.

Voot is a digital platform that will provide live streaming of all league matches.

Rishtey is a popular entertainment channel that will broadcast the Road Safety 2021-22 series matches. Here is a list of channels about DTH service providers. 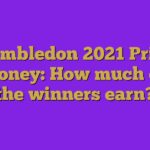 Wimbledon 2021 Prize Money: How much do the winners earn? 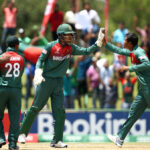 Bangladesh U19 vs Nepal U19, Group B Match Prediction, Head-To-Head, Playing XI, Dream11 Squad, Where To Watch Live Coverage Details

Velocity vs Supernovas: Pitch Report, Weather Forecast, Head to Head All You Need to Know

Gloucestershire vs Sussex, South Group: Dream11 Predictions, Head to Head All You Need to Know