The Indian Premier League (IPL) 2023 is to start from March 26 and all the teams involved in this season have started preparing. In this tournament, every team tries to dominate their opposition team from the beginning. If the opening pair performs well from any team, then the front team can easily be pulled back in the match. So far, many such opening pairs have been seen in the IPL, which forced the front team to kneel by making a big partnership. In the last season of IPL (2023), Virat Kohli and Devdutt Padikkal gave a great start to the team in the match between Rajasthan Royals (RR) and Royal Challengers Bangalore (RCB). During that time RCB was chasing 178 runs and the team won the match without losing any wicket. Devdutt Padikkal scored a brilliant century of 101 runs in 52 balls which included 11 fours and 6 sixes. At the same time, team captain Virat Kohli played a brilliant innings of 72 runs in 47 balls with the help of 6 fours and 3 sixes. In the year 2020, Chennai Super Kings (CSK) openers Shane Watson and Faf du Plessis made an important partnership for the team. Both the players added an unbeaten 181 runs for CSK against Punjab Kings (PBKS) and were instrumental in helping the team win a full 10-wicket haul. Shane Watson played a brilliant innings of 83 runs in 53 balls and became the hero of the match. In the match between Punjab and Rajasthan Royals (RR), KL Rahul and Mayank Agarwal put on 183 runs for the first wicket to help the team reach 223/2 in 20 overs. In this match, Mayank Agarwal played a brilliant century of 106 runs, although Punjab’s team could not succeed in winning this match. For Rajasthan, Rahul Tewatia played an important role in winning the team by playing a brilliant innings of 69 runs in 54 balls. The opening pair of Gautam Gambhir and Chris Lynn are second in the record for the highest opening partnerships. In the year 2017, Gujarat Lions set a target of 184 runs to Kolkata Knight Riders. For KKR, both the openers won the match without losing any wicket with 31 balls to spare. In this record list, the opening pair of Jonny Bairstow and David Warner are at the first place. Both the players created havoc in the field by playing brilliant centuries against RCB. Both the batsmen put on 185 runs for the first wicket and were instrumental in helping Sunrisers Hyderabad to a big win. Hyderabad won this match by 118 runs.

Here’s a look at the biggest opening partnership in IPL history so far: 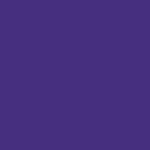 Top 5 Bowlers With Most Dot Balls In The IPL

Top 5 Bowlers With Most Dot Balls In The IPL